A day at Diabetes Clinic

While the rest of the world has the Saturday night fever, I live for Saturday mornings! Saturday mornings are for the OPD at the Diabetes Unit in KEM Hospital Pune, where I have been volunteering for over a year and a half.

It is 10 AM on a chilly Saturday morning and the OPD is starting to come to life. The reception counter is bustling with diabetics, their caregivers and the DU team. Some faces seem worried, some not so much, while others seem pretty oblivious to the buzz around them and are quietly sitting in a corner waiting for their turn while Shaila at the reception counter tries to process everyone's files as fast as possible with the biggest smile on her face.

Once registration and the collection of files is done, the stream of people slowly inches towards the screening table where they meet with the very positive and knowledgable counsellors and diabetic educators, Vidya and Swati - who are both type 1 diabetics for over 30 years themselves and have dedicated a large portion of their lives to helping others with diabetes. They are the first responders to new and old diabetics who walk in. They meet diabetics and their families even before the patient meets the doctor and help with psychological counseling, teaching injection techniques and perusing through their reports. Empathy is a key part of the first steps in building relationships with patients.

The kaleidoscope of patients who come to the OPD at the Diabetes Unit are very varied. There are diabetics and their families from Pune and Mumbai city and then there are people who travel hours together from the rural parts and smaller towns and cities of interior Maharashtra, such as Jalgaon, Ahmednagar, Satara, Sangli and so on to receive a decent quality of healthcare that may or may not be available to them easily and locally. One can hear and see a smattering of different languages, dialects, socio-economic backgrounds and cultures at play here.

The common thread binding us all is diabetes.

After the registration process and meeting with the educators, the next stop is the meeting with the doctors themselves. Healthcare in India is improving in lock step with the economy, however because of the huge population there is immense pressure on the healthcare system and the treating doctors, making the doctor-patient consultation time very limited. Despite all these challenges, doctors have to step up to the cause and don many hats - counsellor, teacher, preacher, educator and oh, a doctor too! Dr Jog who is the chief consultant at the OPD wears these hats with aplomb. Dr CS Yajnik, the Director of the Diabetes Unit and the captain of the ship along with Drs Smita, Meena Kumari, Sanat, Rohan and Rishikesh can be seen milling around and going about their tasks while interacting with patients.

A case in point is the story of the grandmother (to 6 year old T1 child, Rohan) who could not read the numbers on her grandson's glucometer because she is illiterate. Dr Jog taught the old woman to associate the numbers on the glucometer screen with currency notes in her purse so that the old woman could figure out what her grandson's sugars were! The little boy has been taught to manage his dosing and eating and he is doing a fabulous job given the circumstances! Isn't that unbelievable? Incidents such as these occur regularly and are emblematic of gaps in the education and the socio economic structure of the country.

Doctors are under no obligation to deal with these gaps but they do that with a smile everyday!

Here is 6 year old T1 Aditi and her Mum consulting Dr Kalpana Jog and Dr Tejas, the Diet Buddy (Our other Diet Buddies are Alma, Nileema and Sonali). Aditi has been T1 since 2016, lives with her family of five in Chakan which is about 40 kms away from the hospital, on the outskirts of Pune. Initially, Aditi was not too comfortable in front of the camera but once I showed her the photographs and we comapared our glucometers, we became good friends! She kept looking towards the camera with her big black eyes and was very amused seeing her own photographs.

Utkarsha and her father, who is a farmer from Baramati in Maharashtra travelled over a 100 kms to get to the OPD for a consultation. Utkarsha is now in the 9th standard and she is 14 years old. She has been type 1 diabetic for the last 5 years. Her father is her primary caregiver. What is interesting to note is that while we obsessively deal with our blood sugar readings multiple times a day to get that perfect graph, Utkarsha has larger worries such as famines and drinking water shortages! Just makes us realize all the things we take for granted, doesn't it? Dr Jog has inspired the young girl to write an essay on her experiences as a T1 living in rural India.

7 year old Janvi, accompanied by her mother are meeting with Dr Jog to figure out a way to reduce her HbA1c. Janvi has the sweetest smile! I love how Dr Jog ensures that the child is an important part of the discussion about their diabetes and the decision making process. Diabetes makes one grow up and be responsible a lot faster.

8 year old Shravani was diagnosed about a month and a half ago, I remember seeing her at diagnosis and while she looked pretty miserable then, she definitely looks a lot happier and healthier now! She lives with her family in Shirur, which is about 70 kms from the hospital. Despite being so new to T1D, her mom has been adjusting doses perfectly based on her blood sugars! Shravani's father is one of the rarer cases of fathers being very involved in the child's diabetes management too - he never misses an OPD with his family. We have noticed, more often that not the burden of taking care of a diabetic child lies solely on the mother. Way to go Shravani and family!

PS : I do know a bunch of amazing dads who are just as involved, if not more (Hello Dad! You are the best!) however the larger trends seem to point towards mothers being in charge of running the show which is very reflective of the general gender stereotypes and division of labour at home.

4 year old Kiara and her mom, Richa are from Pune. Kiara is newly diagnosed and the family of four are still slowly adjusting to the new normal and visit the OPD every week or two to meet the team and other diabetic families. 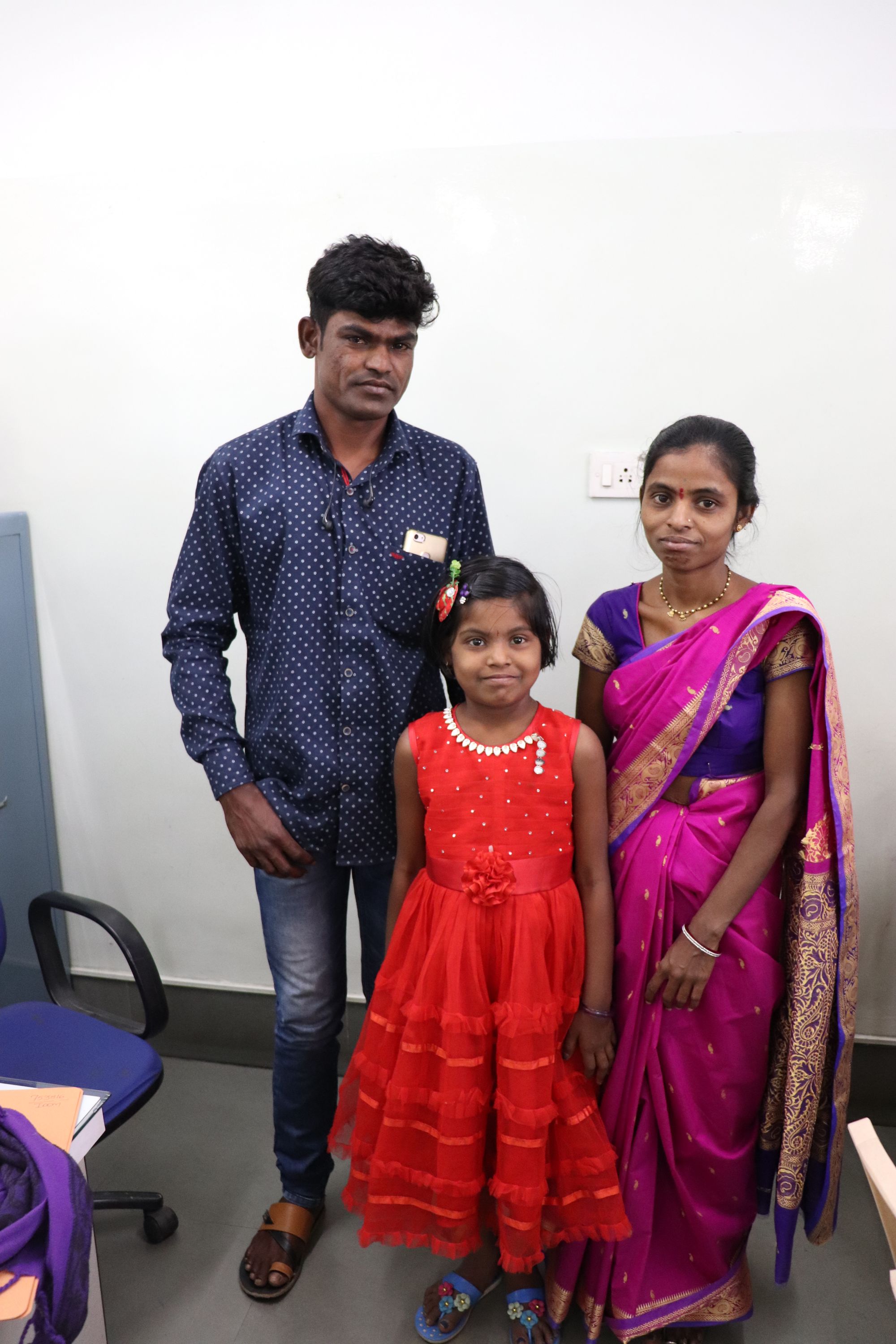 Story of a new diagnosis : 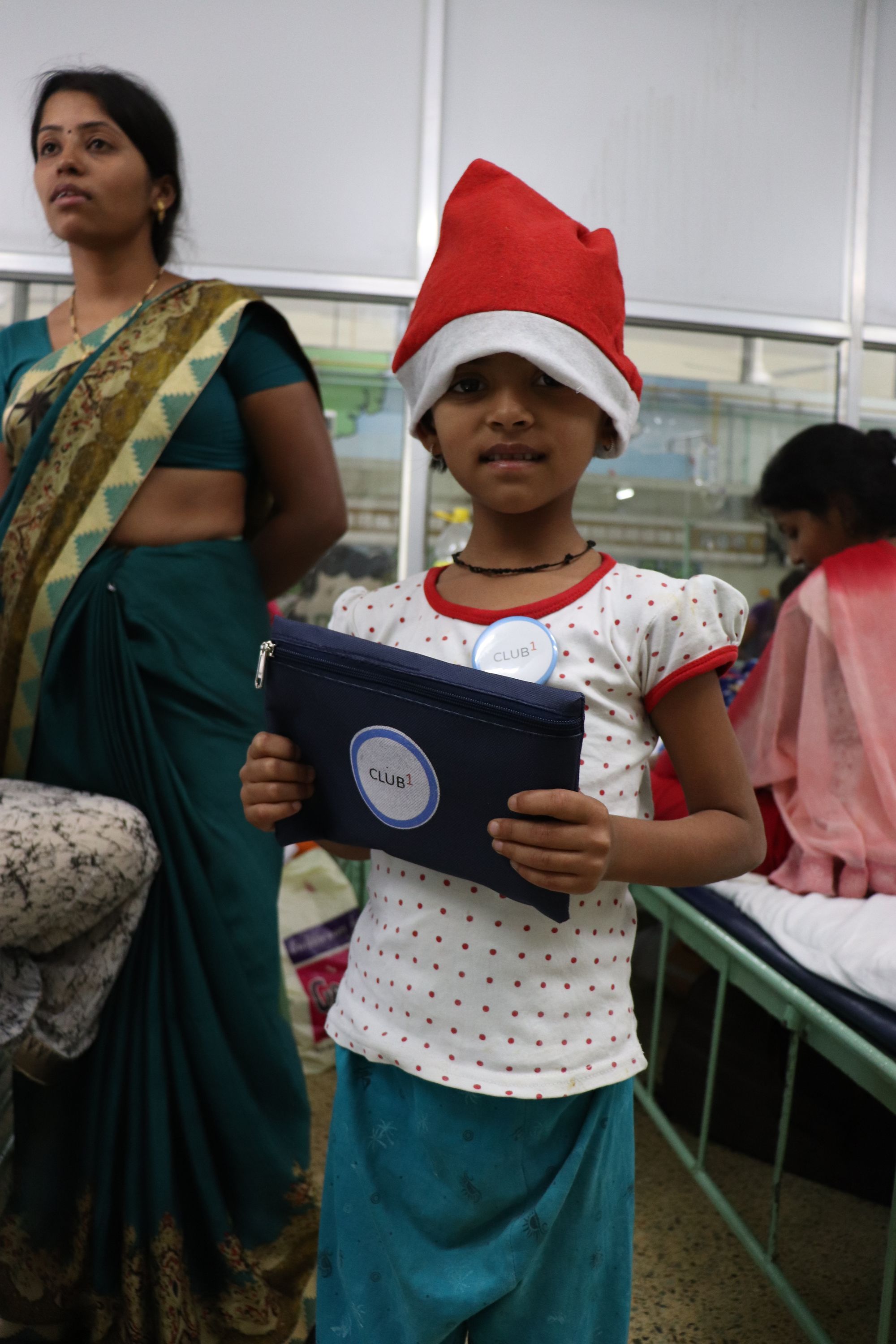 Guess who is a new happy camper? Check out little Shreya, 6 years old from Shirur. I met her at the Pediatric Emergency ward where she was brought in with DKA and blood sugars over 700. After the first few days of insulin therapy and a tsunami of new learning at the hospital and the Diabetes Unit, the family is slowly understanding what the diagnosis entails for them going forward. 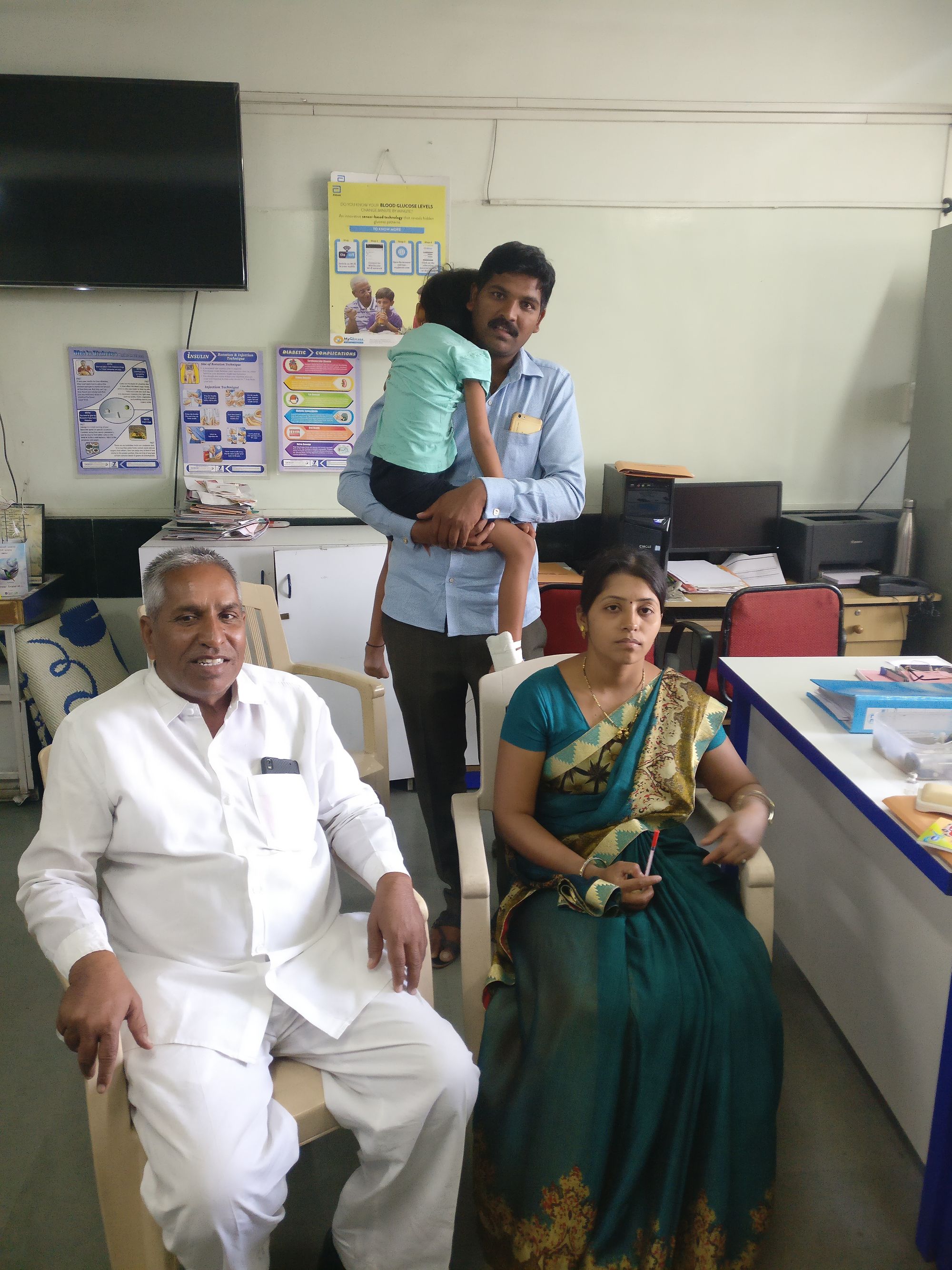 In the picture above you see Shreya's parents and grandfather. Her grandpa has been a pillar of support to his daughter's family, he takes turns to take care of Shreya and give the parents a break. When I told him about our monthly Type One Runs, he proudly told me he runs 5 kms in 39 mins. We know this family will join us and the other families for a run soon!

While the parents were almost in tears and the rest of the family were flummoxed as to what is happening with the little one, Shreya simply seemed bored (or at least that is how I saw it). Her eyes lit up when she saw the colouring book in my hand. I had a deja vu moment right there. I was about 8 years old at diagnosis and I remember being extremely bored in the few days that I spent locked up in hospital. My parents brought me a stack of Nancy Drews and Hardy Boys to read on bed and that kind of alleviated my 8 year old existential ennui.

Ever since my experience in hospital as child, I have always wanted to go back and wear a big red joker's nose on my face and make the newly diagnosed T1 kids laugh a bit. God knows, they really deserve it.

We need your help and support to continue to grow, expand and touch the lives of countless people in the diabetic community. Every little bit helps us in sustaining this endeavour.

Read more posts by this author

The link has been copied!

Please enter at least 3 characters 0 Results for your search

May we suggest a tag?

May we suggest an author?